Tales of wise, ancient dragons dispensing wisdom, hoarding treasure, terrorizing villages, and doing battle with noble heroes have long fascinated us. But dragons were not born old and wise, nor were heroes born brave and noble.

Wings of Change gathers tales of young dragons growing into their scales, and human youths making choices that shape their destinies -- destinies that will be forever changed by their interaction with the dragons.

My story in this book, "A Dragon's Hoard," is about a young dragon engaging on a rite of adulthood -- searching beyond the lands she knows for the first item that will form the basis of her adult hoard. Then things get weird....

"Scales of Lapis and Jasper" by Anj Dockrey
"The Greatest in Iceland" by Grayson Towler
"Trial by Fire" by Erin Fitzgerald
"Two Against the Skitters" by Jana S. Brown
"The Prize" by Melissa McShane
"The Shadow Dragon" by L.D.B. Taylor
"Care and Feeding" by Edward Ahern
"Old Enough to Volunteer" by Laura Ware
"Touch of the Silver Dragon" by Claire Davon
"Blossoms in the Desert" by Joni B. Haws
"Dragon's Hoard" by Angela Penrose
"A Most Unserious Dragon" by Annie Reed
"Dragon Jet Propulsion" by David H. Hendrickson
"Imuji" by Liz Pierce
"Green Camouflage" by Jamie Aldis
"Invincible" by Stephanie Barr
"Star Dragon" by C.M. Brennan
"The Soul By Which We Measure Ours" by C.H. Hung
"Of Dragons and Centaurs" by Deb Logan
"Claws of Change" by Deanna Baran
"The Last of a Thing" by Douglas Smith
"Saffron Dragon" by Jodi L. Milner
"A Dragon Bigger Than My Stories" by Jonathon Mast 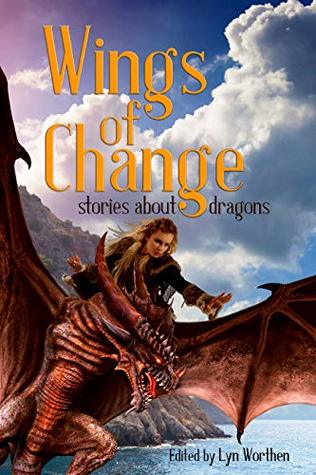 Posted by Angela Penrose at 6:09 AM